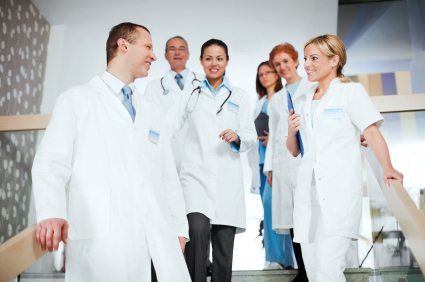 Medical Associations: Are the Benefits Worth the Dues?

When reporting on the opinions of doctors as a group, journalists often use the stance of the American Medical Association (AMA) as shorthand. But the AMA, the nation’s largest association of physicians and medical students, has a membership of less than 220,000 people.

Only around 15% of practicing U.S. doctors belong to the AMA – a remarkably small percentage that, considering the AMA’s influencing power as an organization, should be much higher. Similarly low levels of participation plague state and local medical societies, too. What gives?

Joining formal groups doesn’t appeal to everyone; folklore credits Groucho Marx as having once said “I don’t care to belong to any club that will have me as a member.” But membership in the AMAand other professional medical associations can provide physicians with major benefits, which may outweigh the price of dues.

Strength in Numbers
As one individual, you may feel you have relatively little power to effect change. But membership in a large organization of like-minded professionals can help you not only advocate for the issues that matter to you, but often see major results.

“The concept is that all of us are smarter than any [one] of us,” says Ted Epperly, president of theAmerican Academy of Family Physicians. “Our single greatest objective is advocacy, with people speaking on your behalf to very powerful groups — the president of the United States, large employers, insurance groups. Through an organization you can get access.”

Consider the recent events surrounding the ICD-10 implementation timeline. For months, physicians around the country have been not only worried about the mandated October 13, 2013 conversion, but far behind schedule on the path to compliance. A KLAS report in October 2011 found that 76% of health care providers did not expect government bodies to postpone the ICD-10 deadline.

Over the last few weeks, though, the Centers for Medicare & Medicaid Services (CMS) and the U.S. Department of Health & Human Services (HHS) have announced their intent to push back the compliance date. What swayed them? The very loud voices of the AMA, ICD-10’s biggest detractor, and other large medical associations.

Were the AMA not advocating against it, physicians would likely still be struggling with imminent ICD-10 preparation and plans.

An Avenue for Change
Joining an organization that’s working for your best interests not only allows you to support the causes that matter to you, but it provides an outlet where your voice as a professional is heard.

Asserting your opinion to an influencing body that counts you as a member makes a difference in what happens with your message. Especially in smaller organizations, such as county or state medical societies, leaders are receptive to members’ concerns and frequently place support and resources behind them.

“You can put in requests that can be acted upon,” says Epperly. “Many associations are kind of like unions: They represent you. Your membership can affect the association. It’s a two-way street.”

Say your practice is having issues with a local insurance company who frequently underpays or ignores claims. Who do you think the payer is more likely to listen to: you, or your county medical association?

Having an established group on your side – whose job it is to listen to your concern, investigate the issue and make your voice heard – gives you a powerful ally.

A Physical Network
Nationally, there’s been an overall trend of declining membership numbers in formal groups, clubs, and associations for decades. The movement away from organizational membership is unfortunate, as there’s great value in engaging with a network of like-minded individuals.

“There is a lot of evidence that our democracy is based on having citizens connected with one another,” says Pamela Paxton, a sociology professor from The University of Texas at Austin. “When we connect with one another in associations we learn that our self interest is actually connected to the interests of others. That gives us a conception of the public good, common identity, and sense of common responsibility as a nation and as citizens.”

Those values, and a wealth of other social benefits, can be attainable through organizational membership.

Joining a niche group – say, the American Society for Metabolic and Bariatric Surgery or theAssociation of Black Cardiologists – can help you define your identity as a physician, bolster your profile within your specialty, and connect to a community of similar provider organizations.

Association membership can provide you with fulfilling relationships, professional networking and leadership opportunities, career advancement leads, and easy access to recommendations, resources and advice on a wealth of business or patient care topics. It could win you some new patient referrals from fellow members and help you make a difference in the future of your industry.

Are you a member of a medical association or society? Which one?

Madelyn Young is a Contributor who specializes in covering practice management, medical billing, HIPAA 5010, ICD-10 and revenue cycle management. You can read her work on Power Your Practice and the CareCloud Blog. Contact Madelyn with story suggestions, contributor articles or any other feedback at [email protected].